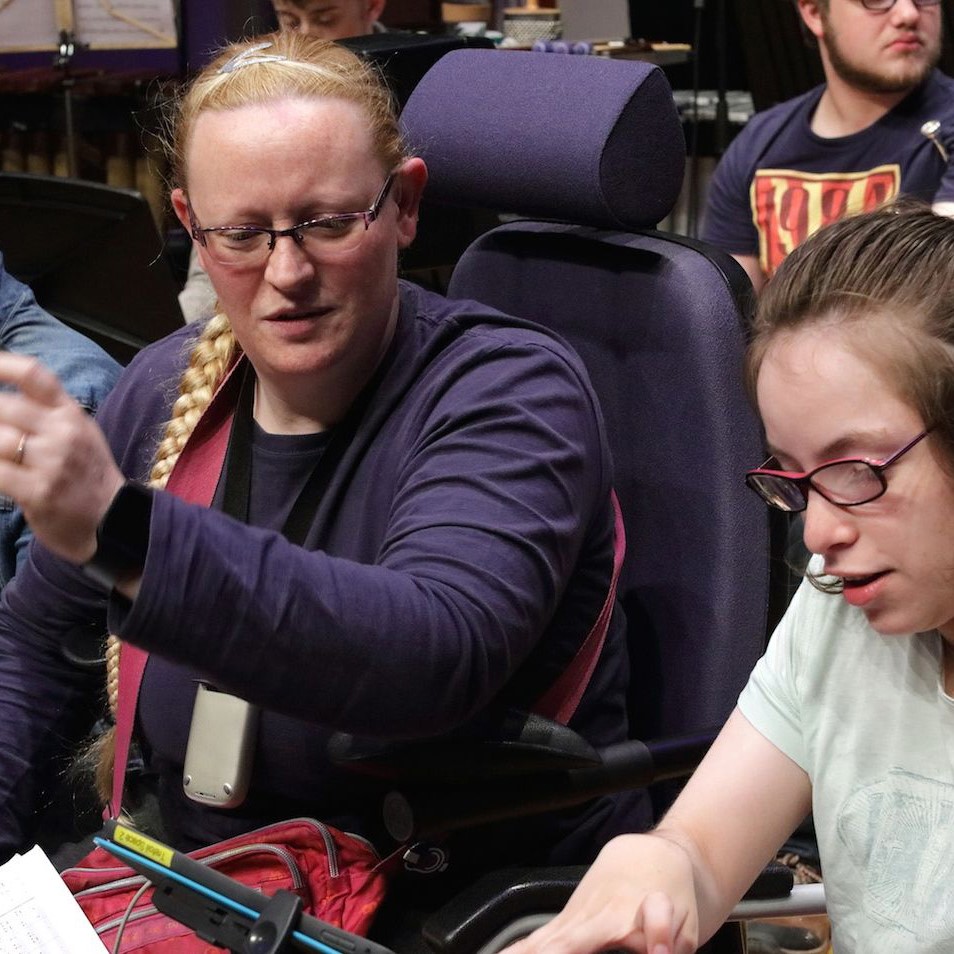 Join Clare Johnston from Drake Music Scotland as she shares her experiences of using music technology, alternative notation, and innovative methods to bring together new music for an inclusive group of musicians. Includes examples of iPad use; remote collaboration; Soundtrap and Figurenotes.

Clare Johnston is a performer, composer, teacher and a music technology experimenter. As an Associate Musician with Drake Music Scotland, she writes mostly for iPad using the Thumbjam app, performing her own compositions with the iPad lab at Cryptic Nights and Dadafest, amongst others. Clare recently did a fascinating project bringing together international musicians to perform live together using the exchange of MIDI signals. She has been involved with the Digital Orchestra and other performances involving a wide variety of the technology instruments used by Drake Music Scotland to make music performances accessible – and marvellous!

Founded in Scotland in 1997, our vision is to transform people’s lives through the power of music. We play a lead role in making Scotland a place where ground-breaking new music featuring skilled musicians and composers with disabilities comes alive for everyone. We reshape the definition of musicians, musical instruments and ensembles, building momentum as the country’s centre of expertise in inclusive music technologies and as an innovator on the international stage.

“If only my pupils would practise more!”